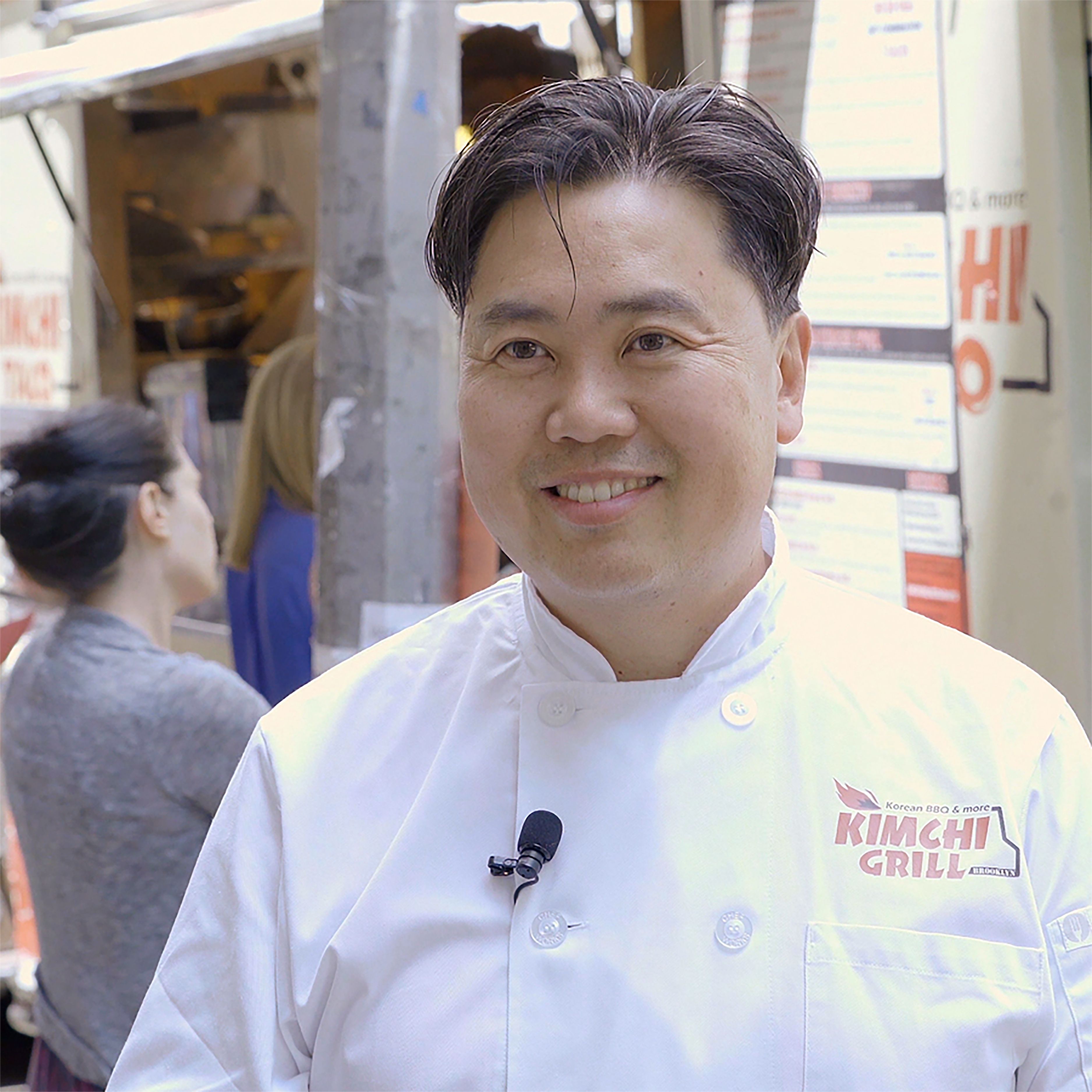 "[Kimchi] really is a great asset to sort of balance out the meat.

Combining those two elements will elevate not just the kimchi but the entire dish.” 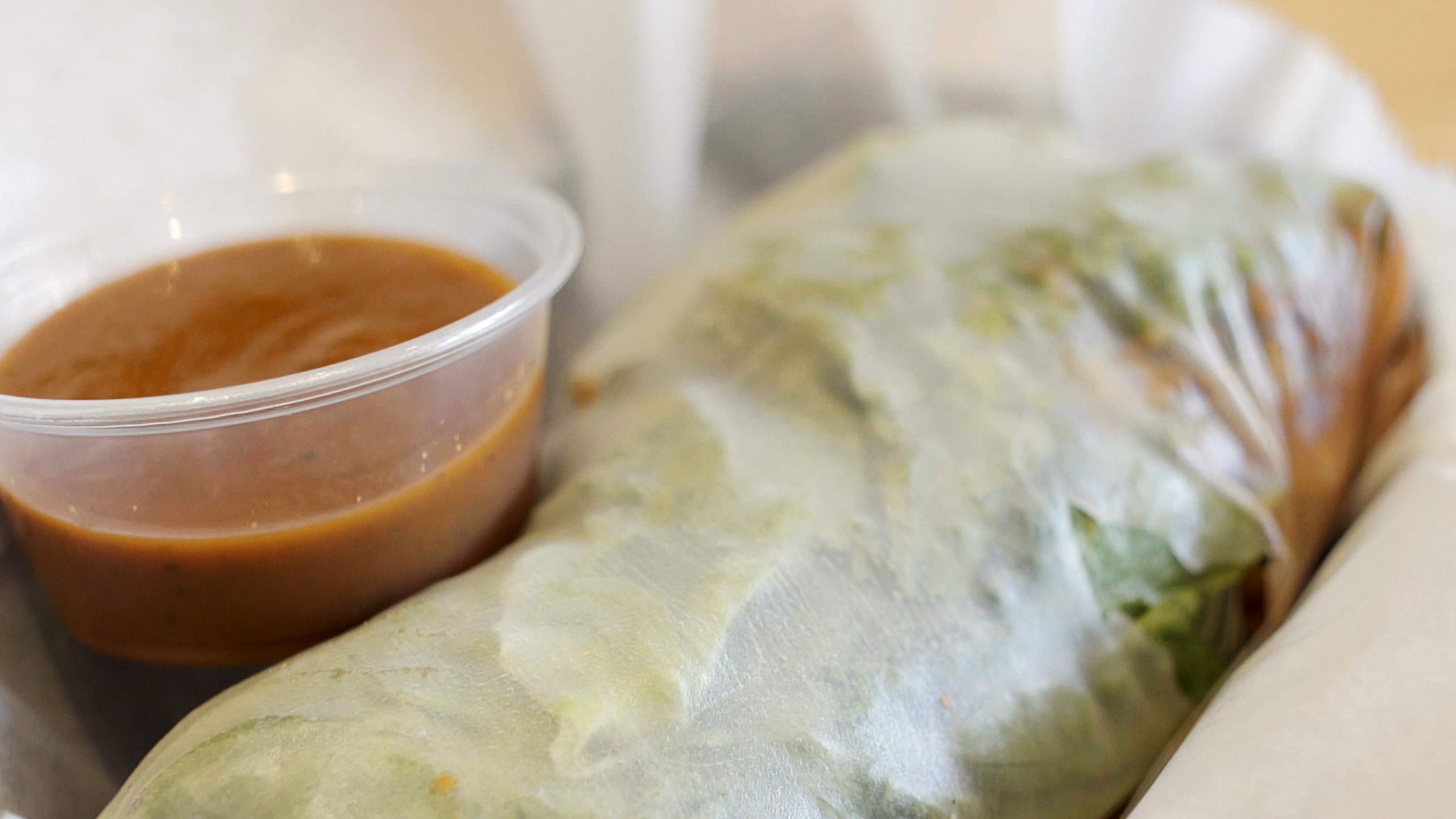 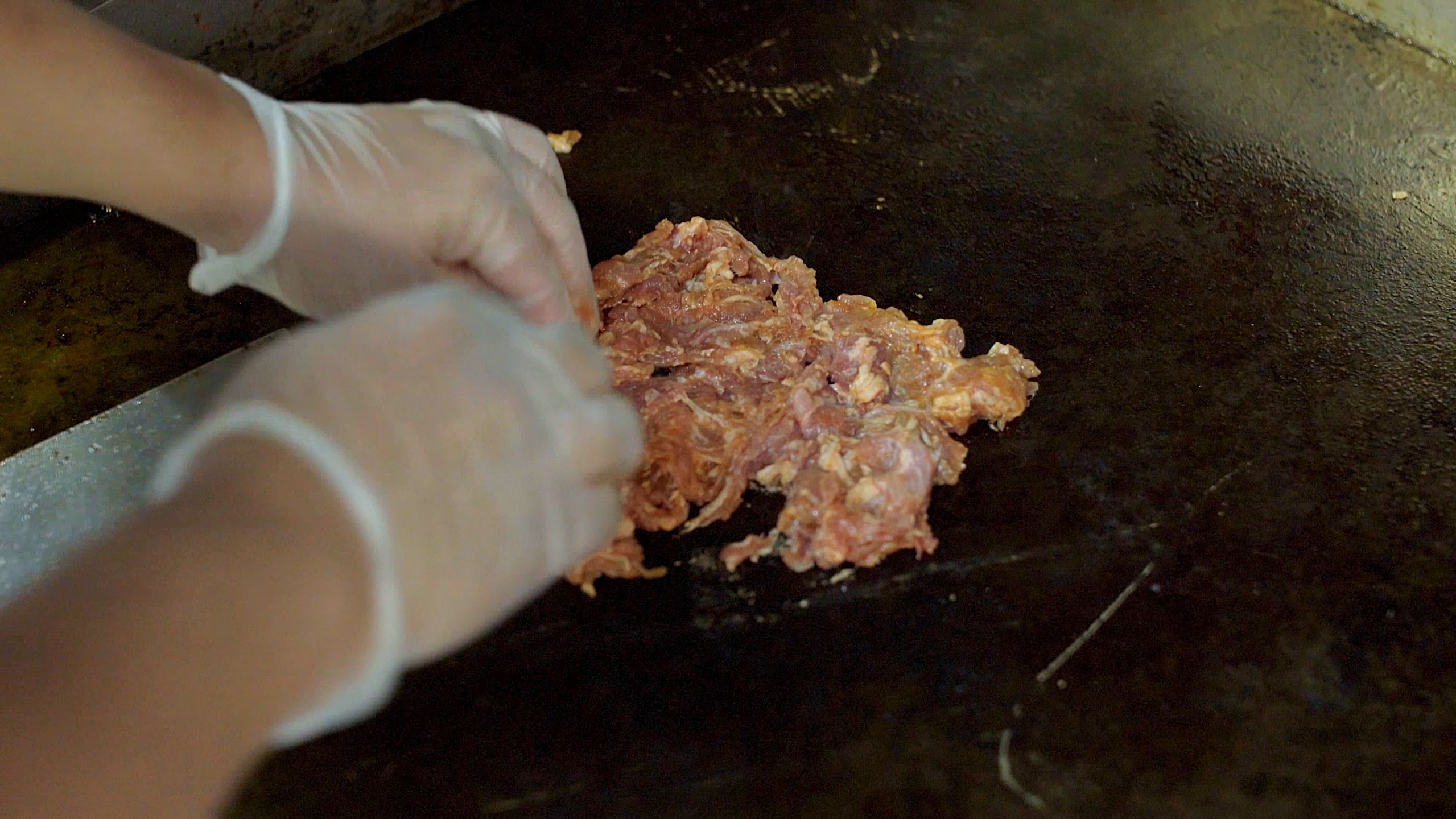 1. In a small bowl, mix together the pork and 3 tablespoons of pork marinade sauce*.

Marinade on the counter for 1½ hours or in a refrigerator for 24 hours.

On a very hot skillet (or grill), oil the pan and cook

the marinated pork. You want the browning for flavor. Cook

for about 10 minutes until meat is done and cut into bite size pieces.

1½ tablespoon of pork marinade sauce. Toss until all of the flavors are

fully blended. Keep this in the bowl until you’re ready to put inside the rice wrapper.

3. Finally, comes the most difficult and trickiest part; soaking the rice wrapper and rolling it

with the ingredients in the bowl. Turn the faucet on so the water is hot;

but not too hot it’s unmanageable. Collect the hot water in a large bowl or wide

shallow pan (i.e. large frying pan) where you can completely

submerge in piecemeal. Gently move wrapper around in the water, making sure every

completely soft and pliable. Shake off the excess water before placing the wrapper

on a towel. The wrapper doesn’t stick properly if it’s too wet. You’ll know the wrapper

is ready when it’s starts being little sticky. 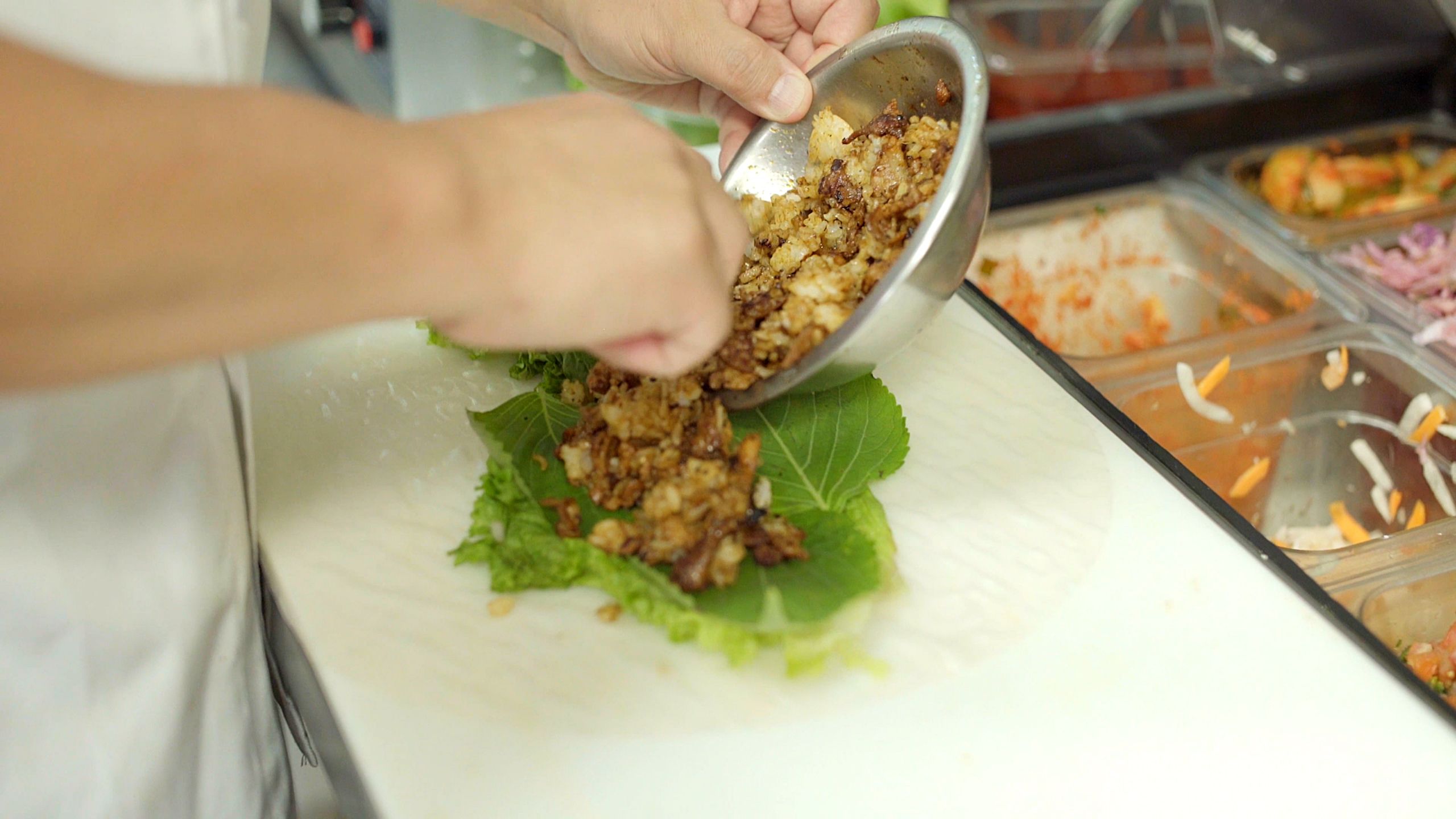 4. Lay on top of the wrapper one of the large piece of (red or green or Bibb) lettuce.

Next to it, lay another piece of lettuce leaf. The two leaves should

slightly overlap. Then on top of the two leaves put all

of the mixed ingredients from the bowl. Spread out the

ingredients evenly on top of the two leafs. Top this with another two lettuce

leafs; one large piece and ½ piece. 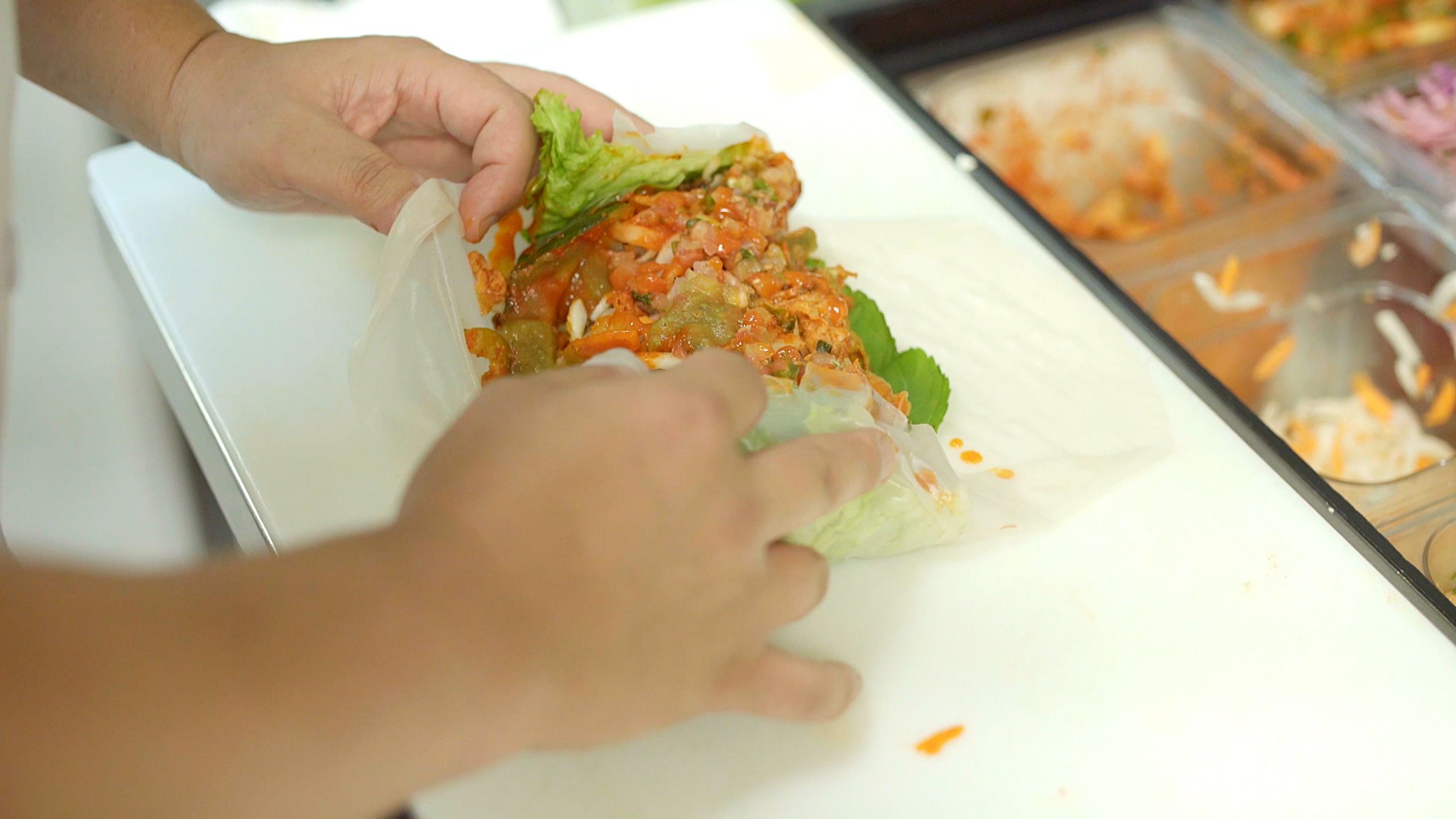 5. Beginning with the bottom of the wrapper, fold up and over all the ingredients,

and tuck in to form a roll, making sure all the ingredients are snug.

Fold the bottom half of the rice paper wrapper over the filling.

Then fold in each side of the wrapper, keeping all ingredients snug and firmly in place.

Then, pressing firmly down to hold the folds in place, roll the entire wrapper

horizontally up from the bottom to the top; continue rolling away from

you until the roll is secure. Turn the roll so that the seam faces down.

Gently cut (in half) on the bias. 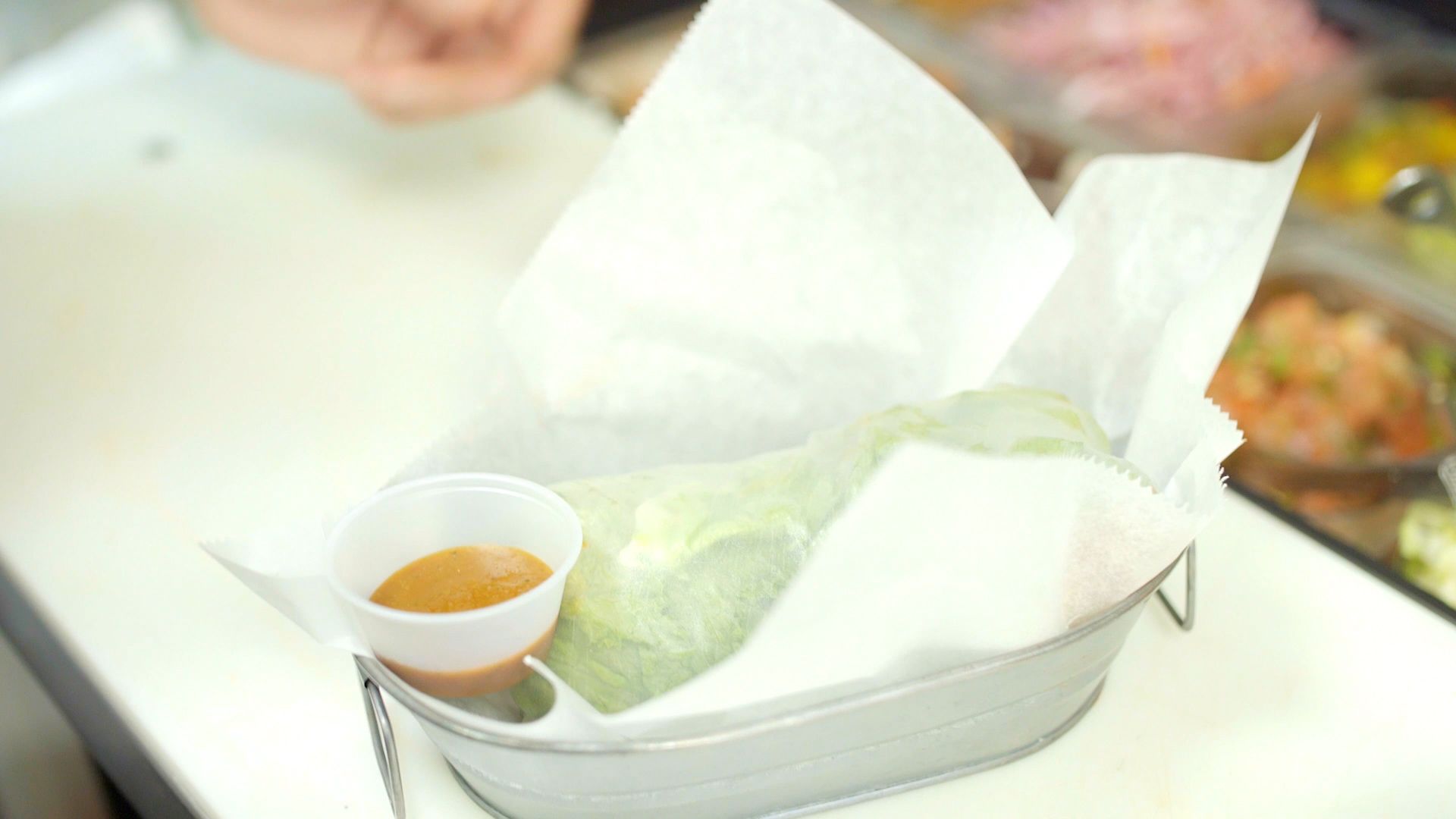 In a bowl, mix all of Pork Marinade sauce together (in blender) until smooth

various dishes, including the Ssam Burrito.)

until the flavors are combined together.

In a bowl, mix all of Ssamjang ingredients together until